Your Smile’s the Tool to Make You Look Cool

What does it mean to be cool? For generations, we’ve been shown cool icons who have distant, impassive expressions. We’re told that cool people are aloof, that their very coolness keeps them from smiling. Some celebrities–like Kanye and Kim Kardashian West–even take in this ideal as the truth. They avoid smiling because they believe it will make them look cooler.

But it turns out that the joke is on us all. In fact, the expression that makes you more likely to look cool is a beautiful smile. That’s according to new international research, which found that, whether you’re a celebrity or not, you look cooler if you smile. 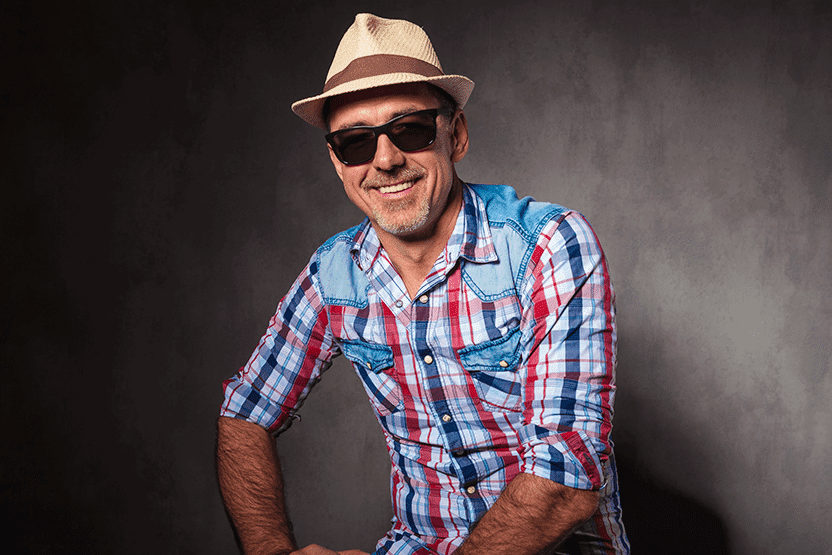 Trying to Find the Essence of Cool

What do we mean when we say something is “cool”? It’s kind of vague, but its very vagueness is part of its value. The word is inexpressible in other ways, except to say that what’s cool is what we want. And that makes the concept of coolness a vital one for marketers to tap into. The more they can associate their product with coolness, the better their sales.

And, just as advertisers assume, the effect transferred over to the brand advertised. People rated brands as less cool when the model in the advertisement wasn’t smiling.

This shows that sometimes the context matters for coolness.

Is a Lack of Confidence Keeping You from Being Cool?

Researchers note that the mistaken perception of coolness has had very serious impact on people’s lives. When people are trying to be inexpressive and cool, it can damage relationships, because people trying to achieve a false social ideal can give a mistaken impression that they don’t care about their partners. It also makes it hard to understand each other–a smile is a vital tool for communication.

Sometimes, though, we know that people just don’t smile because they are unhappy with the appearance of their smile. They don’t want to show a smile that will make them self-conscious. The result is that people can’t communicate properly with those around them. And, to top it off, they look uncool to boot.

If this is what’s keeping you from smiling, we can help. Cosmetic dentistry can give you a beautiful smile that you will be happy to share. If you want to learn more about cosmetic dentistry in Rochester, MI, please call (248) 656-2020 today for an appointment with a cosmetic dentist at Doolin Haddad Advanced Dentistry.

Our office will be closed December 23rd - January 2nd in observance of the holidays. Happy Holidays to you and your families! Call (248) 656-2020 to book an appointment. Ok
Go to Top