Are you unhappy with the results of your latest diet? Is that new facial cream not working out as well as you’d hoped? Well, here’s a way to look thinner and younger, and it won’t require any sacrifice on your part: smile.

According to research out of the University of Missouri, smiling (or not frowning) can make people think you are younger and thinner. 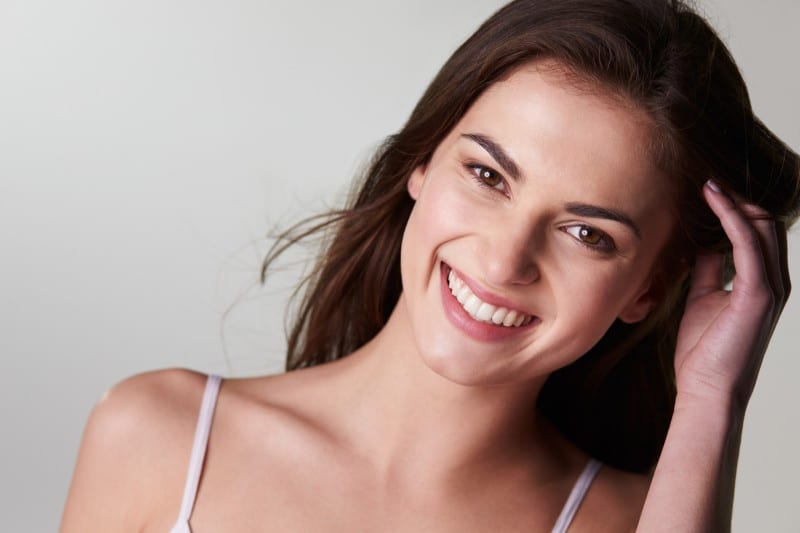 Rating Faces by Age and Weight

Both studies were conducted in the lab of Professor Seung-Lark Lim. His students designed experiments based on people being shown faces that were either smiling, neutral, or frowning and asked to provide subjective judgments about the age or weight of the face.

In the first experiment, whose results were recently published in PLOS One, college students were shown a number of faces from men aged 30 to 65. The faces were actually a single male face of, in the words of the study, ambiguous ethnicity had pictures taken in smiling, neutral, or sad expressions.

These expressions were then computer morphed into eight different versions, representing the various ages. As students were shown each face, they were asked to describe the face as either “young” or “old.” No matter the actual age of the face, people were more likely to rate the face as “young” if it was smiling. On the other hand, young faces were more likely to be rated as “old” if they were frowning.

In the second study, 960 different faces were used as the base stimuli. Randomly selected faces were flashed on the screen and students were asked to estimate the weight of the person they saw. Overall, people were more likely to be judged as heavier if they were frowning.

How to Be More Comfortable Smiling

Of course, it’s not always easy to smile. People say, “just smile,” thinking that it’s something everyone can automatically do, but if you’re unhappy with the appearance of your teeth, it can be very hard to make yourself smile.

And then there’s the problem that people make judgments about your age based on the appearance of your teeth. Worn and discolored teeth can make a person look significantly older than their actual age, not to mention the age they want to look.

But if the appearance of your teeth makes you reluctant to smile, cosmetic dentistry can help. Although teeth whitening is one of the quickest ways to help your smile look younger, porcelain veneers can be very helpful in re-establishing a youthful proportion as well as a youthful brightness to your teeth.

And don’t neglect getting rid of some of those old metal fillings, which definitely show your age. Not just because they are blackened and unattractive, but also because modern dentistry has largely moved on from metal amalgam fillings.

If you are looking for a cosmetic dentist in Rochester, MI to help you achieve a more youthful appearance, please call (248) 656-2020 for an appointment at Rochester Advanced Dentistry.