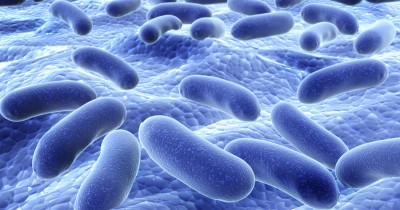 If you were unsure about the value of flossing and making your regular dental appointments, perhaps this new finding will help you make up your mind: oral bacteria have been linked to esophageal cancer. The findings are early, and researchers weren’t able to establish that the gum disease bacteria helped cause the esophageal cancer, but it’s a powerful argument for oral health as a foundation for overall health.

Researchers from the University of Louisville found that the common oral bacterium Porphyromonas gingivalis was present in 61 percent of patients who had esophageal squamous cell carcinoma (ESCC). The bacterium was found largely in the cancer cells, being found in only 12% of cells adjacent to the cancer, and not at all in healthy throat tissue.

Is It a Causal Link?

What researchers couldn’t answer, though, is whether the link between P. gingivalis and esophageal cancer is causal or not. Researchers proposed two different explanations for why the bacteria would be found in the cancer cells. First, it’s possible that living in and around cancer is very good for the bacteria. In this scenario, the cancer develops for whatever reason, then is colonized by P. gingivalis. The other explanation is that P. gingivalis infection contributes to the development of ESCC.

It’s not that unlikely that P. gingivalis could contribute to the development of esophageal cancer. After all, oral bacteria have already been associated, sometimes causally, with other types of cancer. Gum disease has been directly linked to oral cancer and colon cancer, and it has been linked to an increased risk of breast cancer. Researchers have even found that oral bacteria might protect cancer from being detected and destroyed by the body’s immune system.

It seems that the chronic infection of the teeth and gums is a very dangerous health condition that needs to be taken seriously right away.

If you are looking for a dentist in the Rochester, MI area, please call (248) 656-2020 for an appointment at the office of Doolin Haddad.