Pancreatic cancer is one of the most deadly forms of cancer. While mortality rates have been dropping for all cancers, the survival rate for pancreatic cancer remains low, with just 10% of people surviving five years after diagnosis. Part of the problem is how difficult this cancer can be to diagnose. It doesn’t offer many obvious symptoms. In fact, by the time symptoms appear for this cancer, tumors are likely large and may have spread to other organs.

That’s why cancer prevention and understanding cancer risks is especially important for pancreatic cancer. New studies linking gum disease and pancreatic cancer show that poor oral health may be a major risk factor for the cancer, and that the presence of oral bacteria in the cancer may be a distinguishing factor between benign and aggressive tumors. This further establishes the critical role that oral bacteria may play in cancer formation and progression. 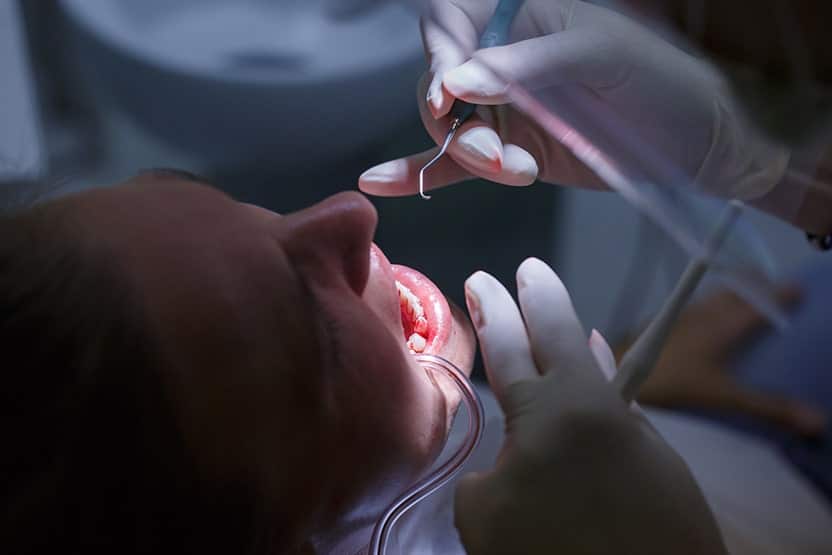 Last month, we saw the publication of two studies that took two very different approaches to this question, but they came up with the same answer: gum disease seemed to be linked to pancreatic cancer.

In the first study, conducted in Sweden, researchers looked at pancreatic cysts. This is a form of tumor that can be either benign or cancerous, something that in the past has been very difficult to distinguish. This means that many people were likely undergoing unnecessary surgeries. However, when Swedish researchers looked at the two types of tumors, they found that the cancerous ones had high levels of oral bacteria in them, compared to the benign ones. This, they said, could be used to distinguish between the benign tumors and the cancerous ones so doctors would know when to operate. They stopped short of saying that the bacteria caused the tumor to turn cancerous. They also acknowledged that the presence of oral bacteria could be related to invasive endoscopy, in which a tube that passes through the mouth is used to treat pancreatic conditions.

These new studies are only the most recent ones to look at the potential link between gum disease and pancreatic cancer. None of these studies are conclusive individually, but together they start to paint a powerful picture of the risks associated with gum disease.

A 2012 study showed that people who died of pancreatic cancer and other orodigestive cancers had higher levels of antibodies against Porphyromonas gingivalis, which indicated higher levels of the bacterium. A 2017 study found that pancreatic cancer patients had higher antibody amounts for certain oral bacteria than for healthy patients. The study noted that certain proteins released by the oral bacteria could potentially trigger key mutations that caused the cancer.

Another study published in 2019 found that the presence of certain oral bacteria were associated with higher or lower risk of pancreatic cancers. In this study, the presence of P. gingivalis and Aggregatibacter actinomycetemcomitans increased pancreatic cancer risk by 60% and 120%, respectively, while other bacteria could reduce risk by up to 13%. This study is the long-awaited result of research that was first reported in 2016, and has undergone rigorous review and analysis. Another study analyzes the potential mechanisms by which P. gingivalis could contribute to pancreatic (and other) cancer risk, even if a person doesn’t have gum disease.

Overall, it seems that this risk represents a real threat to life from certain types of gum disease bacteria.

If you are looking to maintain good overall health, then there’s no better place to start than with ensuring your oral health. Most things that enters the body come through the mouth, which gives high risk of bacteria spreading from there through the body. Regular checkups and cleanings help protect you from developing gum disease, and, as we’ve seen, this could help protect you from other major disease.

If you are looking to maintain oral health in Rochester, MI, please call (248) 656-2020 today for an appointment with a dentist at Doolin Haddad Advanced Dentistry.

Our office will be closed December 23rd - January 2nd in observance of the holidays. Happy Holidays to you and your families! Call (248) 656-2020 to book an appointment. Ok
Go to Top