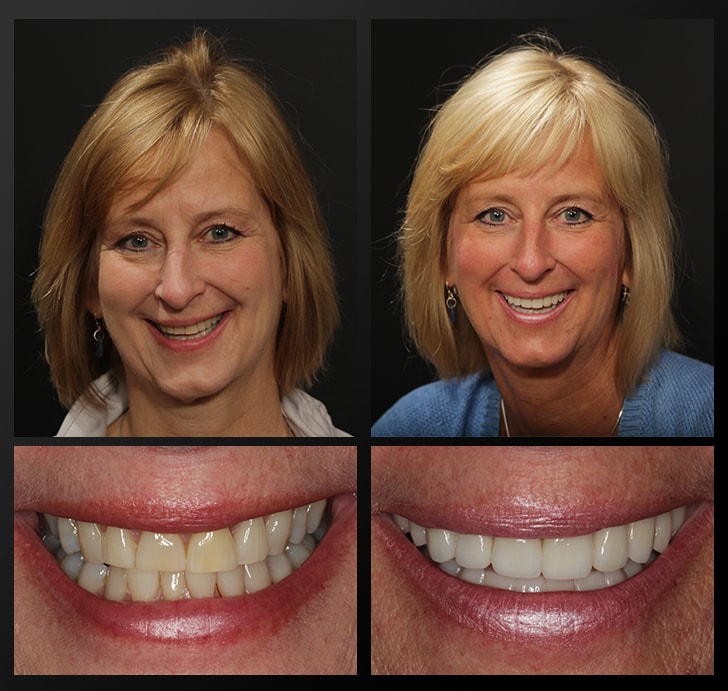 Anne was concerned with her worn, crowded teeth and wanted to know what she could do to change it. She also experienced muscular tension in her temples and jaws. She decided she wanted to address all these issues. She began treatment with a neuromuscular orthotic for her pain and headaches. Anne felt better almost immediately and was ready to have a permanent solution. After restoring her teeth with porcelain restorations, she realized how much she had been compromising over the years. In a later conversation, Anne told me she loved the way her teeth looked, but she really loved that she could eat again. She elaborated and said she never realized how compromised her eating became because of her teeth. She began eating things she could eat, not things that she wanted to eat. “I had a steak the other day and it was amazing. All I could eat before was soft, easy-to-chew foods like pasta, and I’m a dietitian!”